We are deeply saddened that our friend and colleague, Sue Baker, a senior consultant of the Women’s World Car of the Year, passed away 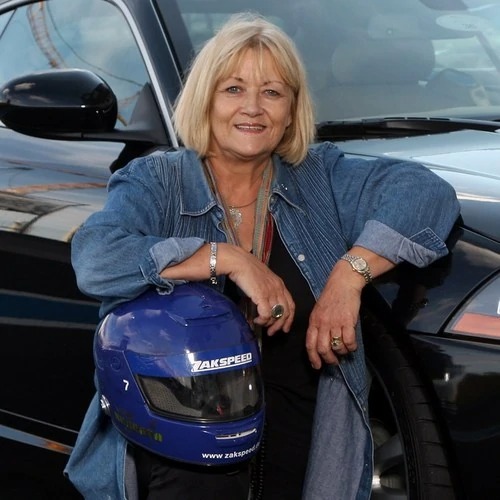 Sue Baker was a pioneer of women in automotive, the former Top Gear BBC presenter, a talented car journalist and vice-president of The Guild Motoring Writers.

We share with you the statement of her family : “ It is with very great sadness, that we share the news of Sue’s passing. A doting mother to lan & Hannah, a loving grandmother to Tom & George, and a wonderful mother-in- law to Lucy. She passed at home this morning with family around her. She was a talented & prolific writer, a charismatic TV presenter, and a passionate animal lover. She had a life and career that many would envy, but did it all with such grace that she was admired and respected by all who knew her. We know she meant so much to so many. Thank you to everyone who has supported her over the last few years as she battled with MND.”

Sue was very important for WWCOTY and Marta Garcia, Executive President had these words “Sue was an amazing woman who worked for WWCOTY more than most know. Some of us had the opportunity to know her personally and know what a brave and courageous woman she was. The end of her days was bitter, she lost mobility and had to resort to a wheelchair in the early stages of her illness. I remember her saying to me «all my life I have been on wheels, but they used to be more exciting wheels than now».

Sandy Myhre, Honorary President of Women’s World Car of the Year also adds: «I have tears in my eyes.  Sue was one of the original judges, she joined us at a time when we were very few, we were just starting out, and yet she gave us such sage advice and with such warmth».
«Those of us who have the honour to meet her, to know her, are privileged.  She was always complimentary about our efforts.  She guided WWCOTY so well.  Even when she wasn’t driving she was still there to steer the organisation in the right direction».
«She will be very sadly missed by me, by Marta, by those who knew her.
Rest in Peace, Sue»
Shares
Share on Facebook Share on Twitter Share on Email
Marta García 14 noviembre 2022