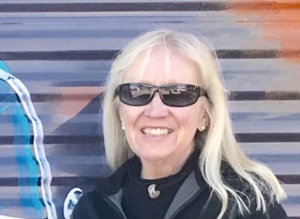 Mead’s automotive career began as a freelance evaluator for Four Wheeler Magazine in 1988, on the first team that included women as testers. Today, she travels the globe test-driving cars and trucks, and working as a photojournalist/feature writer for dozens of publications; she specializes in 4WD and adventure. Mead has been an auto editor and 4WD editor for CNN/fn and authored three automotive books- Monster Trucks and Tractors; Off Road Racing, Legends and Adventures; and Rock Crawling. She has been to more than 70 countries; driven enough off-road and 4WD race miles to have circumnavigated the globe twice and won the Open Production class at the 2011 Dakar. She is an inductee into the Off-Road Motorsports Hall of Fame.

As a member of the North American Car and Truck of the Year (NACTOY) jury, the Texas Automotive Press Association (TAWA) and the New England Motor Press Association (NEMPA), she is very experienced at evaluating vehicles. After 33 years in the field, she has likely driven more than 3,000 vehicles of every shape, size and mission in the market.