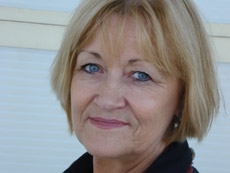 Sue Baker is an award–winning freelance motoring writer, editor and broadcaster, with over 30 years’ experience of car testing and new product launch reporting, analysis and commentary. She was a presenter on the popular TV car show Top Gear for 11 years, and is former motoring editor of The Observer newspaper. Her work has covered all branches of the media, including newspapers, magazines, television, radio and online.

A vice-president and former chairman of the UK-based Guild of Motoring Writers, Sue has been passionate about cars since childhood, and early in her career spent a very happy year running a motor racing news service. She has competed in track races, national-level rallies and driven everything from an 1899 Benz on the London to Brighton, to a 2018 hydrogen fuel cell car.

🤪 Some news of Nadine… and the Girls On Track

🤪 Some news of Sabrina… and the Belgian GP F1

😜 Some news of Paola… and the Supreme Winner