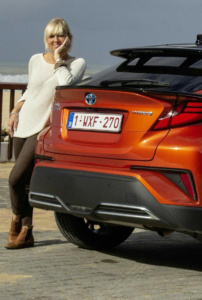 Solveig began her professional life as an industry lawyer.  It was her passion and enthusiasm as a motorist that literally drove her to a second career as a freelance motoring journalist. After 15 years with the legal profession she began writing on cars in 2005.  Solveig writes consistently for Motor-Informations-Dienst (mid) and is editor for Autohub, one of the leading blogs about cars in Germany, discussing her opinion of new cars from and for a female point of view.  During the last years Solveig has combined driving newly-launched cars with what she calls her second passion, writing about road trips around Europe. “This allows me to experience the special new technology in cars, especially electric cars as an example,” she says. She believes that a woman’s understanding of what makes a good car is not much different from that of men, even if a woman might focus on some of the car’s special features.“By voting on the jury in Women’s World Car of the Year I want to be able to give strength to women to achieve their goals,” she says.