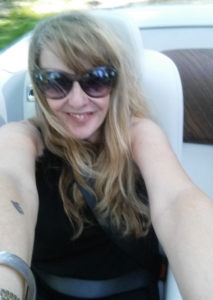 Rita is Editor-in-Chief of The Insider Mag, a travel magazine specializing in automotive reviews and travel features.  Since she began writing and editing, Rita has written over 1200 articles to her credit and a staggering 10 books.

Rita’s books range in topics from metaphysical romance, to haunted destinations, to a cocktail book and a book about independent film producing.

She divides her time between her homes in Dallas, Texas, and Paris, France, and writes for a variety of additional outlets on numerous topics in addition to The Insider Mag.  She has a weekly auto column with The Washington Times, and a regular automotive/travel blog with Huffington Post. Her weekly Saturday night travel radio show “Bonjour World” can be heard on The Insider Mag WTIM radio station.

Before moving to Texas, Rita lived in Los Angeles where she was a well-known entertainment journalist interviewing hundreds of celebrities and film-makers as well as producing a number of what she calls “low budget films”.