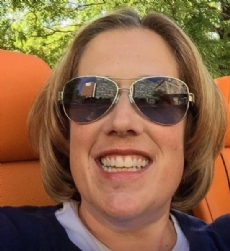 The judging panel for Women’s World Car of the Year has been strengthened by the inclusion of USA motoring journalist, Nicole Wakelin.

Nicole hails from Nashua, New Hampshire, about an hour’s drive north of Boston, Massachusetts. She has lived there most of her life and firmly calls it home.

She began writing about cars after covering pop culture, not that the two are directly connected. “One of the sites I worked with at the time got an invitation to the social media wave of the launch of the Dodge Dart. “No-one was in to cars except me, so I jumped at the chance and that’s all it took. Since then my focus has turned entirely to automotive and I couldn’t be happier,” she says.

Nicole can’t point to a family background in cars.  Her parents weren’t car people, she says, ‘not even a little’. When she initially began writing automotive she said it was tough to find her comfort zone. “Having said that, there are some incredibly supportive men and women in the motoring industry who want to make women feel welcome and they far outnumber those who think we don’t belong here.”

The outlets for her work are numerous and she says it’s constantly changing. The prominent titles she works with include The Boston Globe, Boston website, Autobytel.com, Gatehouse Media, BestRide.com, AAA Northeast, the NAPA Know-How blog and Arizona Driver magazine. Nicole is a member of numerous automotive press groups including the New England Motor Press of which she is a former Vice President.  She is also a member of the International Motor Press Association and the Texas Autowriters Association.

She says the feedback for her work is motivating. “It’s great when people ask questions. They might read a review and want more detail because they trust my opinion or sometimes they may even come to me with an entirely different car and ask my thoughts. It’s nice to be a trusted source.”

She says being a jury member for Women’s World Car of the Year will let women know they are being heard and that their opinions matter. “Women have an important automotive voice, but her point of view is still rare to see. So sharing news of these awards will give readers additional sources for the female viewpoint.”