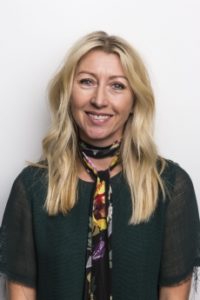 One of Australia’s top consumer automotive journalists has joined the jury of Women’s World Car of the Year. Her addition to the judging panel considerably strengthens Down Under representation in what is considered the South Pacific’s strongest market.

Nadine Armstrong, from Melbourne (Victoria), is a leader within the growing number of female auto writers and not by chance. Her abiding love of cars, motorcycles and adrenalin-based activities are candy-coloured by her passion for fashion and design. She began motoring writing in 2006 with Fairfax print media and joined the Carsales team in 2013. Her lengthy experience in motoring spans both two and four-wheel variety.

She has ridden dirt bikes through the Wombat State Forest to her hometown of Melbourne which literally paved the way to owning a Suzuki RGV and a Harley-Davidson later in her life.

And she has moved on. “I was tired of helmet hair and feeling less invincible than when I was younger so cars soon took price of place in the garage.

In 2015 Nadine took up the position of Consumer Editor with the Carsales editorial team, bringing greater content diversity to the business with an ever-growing readership. She is an advocate for gender diversity and women’s rights. She says joining the judging panel for Women’s World Car of the Year is a “natural fit” because she is equally passionate about educating women on a potential career in the auto industry as well as seeing the industry gain from a more balanced media approach.

“I’m thrilled to join the WWCOTY team and look forward to building its profile in the Australian market while at the same time encouraging women to be more active in this exciting industry.”