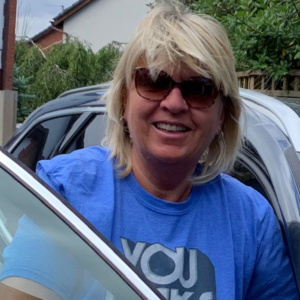 Maxine was born in Essex, England but has lived in Cardiff, Wales for the past 23 years. She trained as a newspaper journalist in the late 1980s and has worked for several regional and daily newspapers throughout her career. She has always had a passion for cars and enjoyed driving, especially off-roading – the tougher, the better. So, when an opening for a new motoring editor at her local evening paper arose, it was too good an opportunity to miss and that’s where she remained for several years until 2009.

Since then, Maxine has worked as a freelancer supplying newspapers, websites, magazines and radio, and has also set up her own website at carjourno.com.

She said: «I often think I have the best job in the world, travelling around driving all the latest cars and meeting new people – what could be better? The industry is forever changing and with the continuing growth of automated technology as well as the move towards cleaner motoring and alternative-fuelled vehicles, it’s an exciting time to be writing about the industry.

“It’s a great honour to be selected as a judge for Women’s World Car of the Year and is a role I’m really looking forward to.”