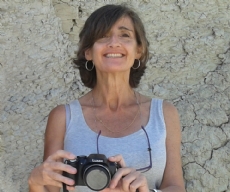 Marta is one of the first female motor journalists in Spain writing today about cars in QUO and managing the radio on air program Dos en la Carretera. In 1990, she began writing about motoring in ELLE magazine, a part of the french multinational Hachette Filipachi by then. Her automotive passion led her to found Cibercar in 1996, the first magazine on Internet in Spain and a reference for another projects that were coming little by little to the Spanish market. Aware of new techonologies and with very wide experience in four wheels, she was claimed by Hachette Filipachi to take over of Managing Edition of Car and Driver.

During her professional career, her articles about motoring have been published in different media: woman, economic, cars magazines…  Among her goals are to reinforce the woman´s role within the motoring world.