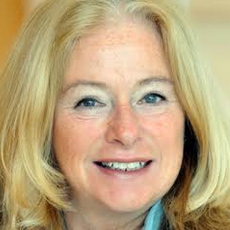 Maggie Barry is the former Motoring Editor of Media Scotland comprising two of Scotland’s most influential papers – the Daily Record and the Sunday Mail.  She is now freelance still supplying copy to both papers as well as several other outlets including Driving Force, drive.co.uk and carblogger.online. She has won several awards for her motoring journalism including Regional Journalist of the Year from the Headline Auto awards and the prestigious Feature Writer of the Year at the Guild of Motoring Writers’ Awards.

She said: “I am honoured and delighted to be part of the  jury of  Women’s World Car of the Year. It is important we acknowledge women’s role in the choosing and purchasing of a car.

“We are no longer bystanders – and have not been for some time. Here in Scotland, when it comes to family finances most decisions are made by women and single women are increasingly an important market. “

She added: “I think our voices are rather in danger of turning into a roar.”

To each his own, but good gravy is this @chevrolet

Fun in the Frunk!? Love the Frunk! So much Frunk!

The new Kia EV6. Thanks to the 800V high-speed cha

I spoke to @brocky_c on the Tonight Show about wh

Celebrating International Day of the Girl with Ren