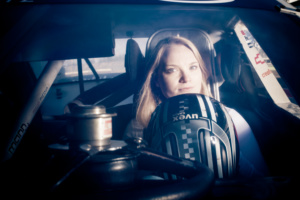 Motoring journalist Helene Schmidt currently tests and drives all types of cars around the world for AUTO BILD.

Helene Schmidt was born in the German State of Baden-Württemberg, the birthplace of the automobile. Her passion to write about cars began in Stuttgart and Karlsruhe where she studied History of technology. During her time at the Karlsruhe Institute of Technology she wrote her thesis with the support of Porsche.

AUTO BILD was first published in 1986 on a weekly basis. The magazine has a worldwide circulation of licensed editions of more than seven million copies published in 36 countries.

«The most exciting aspect of my job as a motor journalist is to sit behind the wheel of a car that I haven’t driven before. No day is like another. I always meet interesting people and see interesting cars. For me, as a woman, working as a motoring journalist is the best job in the world» she says.